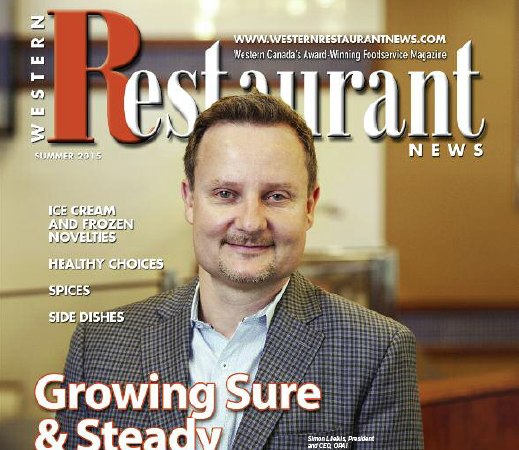 In the 17 years since the first OPA! Souvlaki restaurant was founded in Calgary the franchising company specializing in Greek/Mediterranean cuisine has grown slowly but steadily. Today, it boasts some 90 locations that spread as far west as Vancouver Island and as far east as Ontario. It has been an exciting road of tantalizing food in an attractive turnkey, quick service restaurant package – and on that is slated to get only better with time.

“Ours has been a slow, conservative growth,” explains Simon Lileikis, President & CEO, OPA! Souvlaki. “We started off with opening a couple locations a year but that number soon grew to about eight or nine. We’re focused on finding the right locations and the right partners – and are willing to spend more time to do it properly.”

Of the company’s 90 current franchises, more than half are located in enclosed buildings (such as malls, mixed-use airports, universities, colleges and hospitals). The remainder are storefront properties. The former group typically ranges in siez from 400 to 500 square feet and the latter range from between 1,200 to 1,400 square feet. But regardless of size, each OPA! franchise comes with the solid support of the company’s corporate office, which is based in Calgary.

“We have 15 permanent people on staff committed to helping our franchisees,” says Lileikis. “We provide support in all areas of the business – from the initial site selection to marketing to visitation. We believe in being hands-on and out in the field as much as possible. We pride ourselves on spending a lot of time with our people to help them as much as we can.”

The on-going field operation support also includes on the of the industry’s lowest regional manager to franchisee ratios.

“On average, we have a Regional Manager oversee about 22 locations,” adds Lileikis. “It’s not unusual for the number to be double that in our industry.”

Other impressive numbers for OPA! franchisees include a six percent royalty fee and an advertising fee of only three percent. The actual franchising fee is $25,000.

“We are on the lower end of the scale when it comes to fees,” says Lileikis.

The OPA! App is getting a newsworthy update. That's why we're taking a couple days to make some tweaks and relaunch better than ever. Get ready for a new layout, new features and amazing rewards!